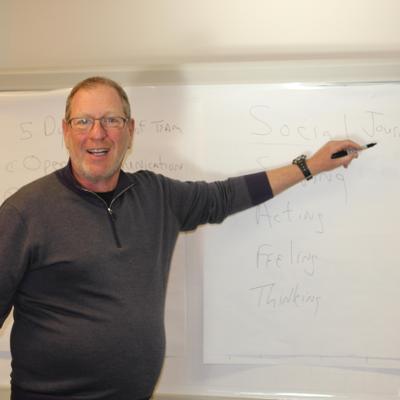 My Tweets
Posted on January 13, 2017 Uncategorized

The Paradigm Shift of Imago Relationship Therapy is a critical determinate differentiating Imago from other schools of Relationship Therapy. It shifts the energy of the clinical interventions from the perspective of the individual to the co-creation of the space in between the partners. Thus, the relationship becomes primary, calling each partner to intentionality and shifting them away from their own sense of self to the expanse of the relationship. In short, Imago is a Relational Paradigm and the individual is a variable.

Focusing on the energy in the space in between and how to cultivate safety promoting connectivity based on validation and empathy is a profound shift asking the therapist not to be the judge or the referee stuck in the content or communication style. Instead, it stipulates that the therapist become a facilitator to help each partner cooperate in holding the others’ reality and making sense of their partners’ reality from their partners’ point of view. This minimizes reactivity and moves neuro-energy to the higher functions of the brain. It deepens the communication and transforms it from reactivity to vulnerable and authentic communication.

Moving away from the self and ego shifts the focus to the connection that occurs in the adult love relationship. The underlying postulates of Imago Relationship Therapy pivot on the assumption that the purpose of adult love relationships is to provide an opportunity to repair the wounds and ruptures mitigated by a character structure based on defensive adaptations to a sense of a self integrated in attunement and validation. Thus, a sense of aliveness flowing from a balanced sense of pulsation is co-created for each partner.

Imago Relationship Therapy invites couples to stay in connection through safety that is tethered by the Couples Dialogue shifting the energy to the space in between which is a co-creation of each partner. It asks each partner to become more intentional about how they send to and receive communication from each other. This summons the couple toward intentionality, and consciousness by reflecting on and being aware of how they contribute to the space in between. Underscoring, that what is contributed to the space in between strongly influences the tonality, intimacy and energy of the relationship. The Couples Dialogue is paramount to intentionality which is a major touchstone on the journey to a conscious relationship.

The sacred space in between is where couples can share, process and connect. It is the essence of the relationship. Asking partners to shift the locus of control of the relationship to this space rather than their individual frames of reference is the fundamental shift allowing them to cooperate with each other’s unconscious agenda of healing childhood wounds and reclaiming and expanding their original essence confluently, rather than out of reactivity and adaptions to rupture and pain.